Tommy, skydiver007 also owns a DRBIII. You might try sending him a message for his opinion and guidance.

Thanks guys! I understand I need the correct cables, multiplexer, pcmcia specific card, and up to date software better now than before.
Would still be pleased with input from Dr. A , should he feel obliged.
Great forum, and enjoy the regular contributions by you two.
2006 T1N 158" SHC 2500 cargo...
Brembo ceramic pads on Zimmerman rotors
Bilstein struts/Fox shocks
Michellin LTX M/S2
K

Is there a way I can get a copy of the DAD software?
I purchased the DAD package but my PC crashed and I can't find the disc to save my life.
Please let me know what I need to do to get a copy.
Thank You,
Kale Watkins
910-538-3261

kalewatkins said:
Is there a way I can get a copy of the DAD software?
I purchased the DAD package but my PC crashed and I can't find the disc to save my life.
Please let me know what I need to do to get a copy.
Thank You,
Kale Watkins
910-538-3261
Click to expand...

I am in the same boat. Old laptop died and cant find the CD anymore.

This is a duplicate to a post in the DTC list thread. I figure that maybe it will help with DAD use too.

It SEEMS that I have better success accessing all the modules using the individual scans if I first go to the ECM and read those codes. If I don't do that then it SEEMS like I have more communication failures when trying to access other modules. I use a Dell Lattitude D610 laptop with built in RS232 connector running on Windows XP.

I recently changed my rear axle bearing and seal on my 2004.

Some comments about that are here:
2004 T1N Rear Axle Bearing and Seal DIY Change
https://sprinter-source.com/forums/showthread.php?t=28817

The wheel speed sensor is supposed to be removed from the holder. After too many New York State winters my sensor was siezed solid. I tried many things to get it to break free before giving up and cutting the signal cable. One thing that I tried was wedging a screwdriver between the sensor and tone ring for leverage. I didn't realize at the time that I was distorting the tone ring and causing it to have areas which were farther away from the sensor.

After changing the bearing/seal and test driving the dash lit up with ASR, ESP, and ABS lights. I figured I had damaged the sensor. Upon further investigation I found the tone ring problem. I was able to form the tone ring back to a fairly consistent 15 thousandths spacing. After reseting the computers all operation returned to normal.

This experience helped to give me an idea of how codes can be helpful, but also misleading. I know for a fact that the tone ring spacing was the problem. When I went in to check for codes with my DAD I found many DTC's Diagnostic Trouble Codes in various modules.Some I couldn't find in the Ord book.

The ABS/ASR module knew that there was a left rear wheel problem. The above codes didn't show in the Ord book that I could find.

At first on the test drive I didn't go very fast. As I slowed for the first stop sign I felt a clunk. The next stop the same. I was worried that it was differential related, then I realized that it felt like the ASR or ESP kicking in. There were no dash lights until I got my speed up around maybe 25 mph. Then I got the ASR, ESP, and ABS trouble dash lights. From then on there was no clunk at stop signs.

The left rear wheel speed signal getting intermittent caused all the various modules to know that something was wrong, but they couldn't know that it was specifically the left rear wheel. They could only report that there was a problem via or related to CAN information.

Driving with the ABS, ESP, ASR Dash Lights On

When the modules detect a wheel speed or safety system problem the ASR, ESP, and ABS safety systems are disabled by the computer modules to prevent the systems from destroying the drive train. Automatic deploying of the brakes at the wrong time during malfunction will stress components and can have negative impact on driving safety. Depending upon why those lights are on, you can drive the vehicle, but you will not have the benefit of any of the safety systems. One caution is that you must be certain to check that your brake lights are still working.

If all seems normal while operating, and the brake lights are working, then driving with those dash lights is similar to driving a 1960's vintage car which didn't have safety systems.

So the one problem with one wheel speed sensor caused all those codes. The signal being bad triggered CAN codes and information related problems in multiple modules.The dash warning lights remained until I went in to all the related modules (CAB - antilock brakes, SLA - ESM - shift lever module, TCM - tramission control module, ESP - electronic stability program) and cleared the codes. If you ever have the ASR, ESP, ABS dash warning lights remember to check ALL the safety system related modules for DTC's. The dash lights remained until I cleared DTC's on all the affected modules. I think , I'm not certain, that I needed to clear one of the modules with the engine running. That seemed to be when all the lights went out. I don't remember specifically which module at the time.

To me this shows the importance of recording all the codes and then reseting to see what returns so that you might narrow down the problem. that said, in this case if you did clear the codes and try again the problem would likely trigger the same codes again.

SewerRatz said:
I am in the same boat. Old laptop died and cant find the CD anymore.
Click to expand...

Contact Dr A, I would think he could sell you one.
After all he is the one who supplied forum users both the DAD units and the software update CDs.
2002 Freightliner C2500 SHC 158WB 113k

RV Conversion... Known as the "T1N TeePee" or "White Whale" 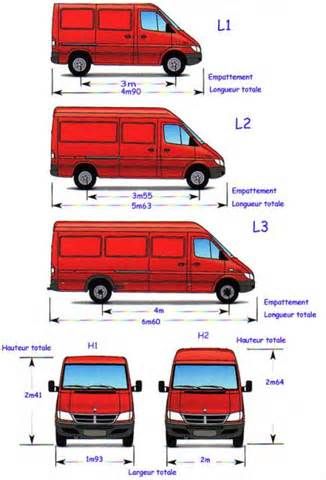 Anyone able to "Reset the TCM Adaptation" with a DAD ?

I also got some codes first time using DAD I cleared all of them and will re-scan in a couple days. Just getting used to working with this.

B1040 CAN COMMUNICATION WITH ENGINE CONTROL UNIT

halexh said:
Anyone able to "Reset the TCM Adaptation" with a DAD ?

It should be in the DAD info, there is a very specific script you need to follow to get the transmission adaptation back, so unless this is something that you absolutely have to do... DON'T reset the TCM.
2002 Freightliner C2500 SHC 158WB 113k

RV Conversion... Known as the "T1N TeePee" or "White Whale"

Where is the list of forum members that have the DAD tool, I thought there was a map ?
H

Looking for a DAD owner in Northern VA.

Hi there I have a 2005 with transmission LHM that stuck on 1st and R and needs the codes cleared.

Your help will be appreciated.

Coast2Coast said:
Where is the list of forum members that have the DAD tool, I thought there was a map ?
Click to expand...

I am in need of a copy of the CD with the DAD software. I bought a DAD from a private party and must have opened the package too roughly as the enclosed CD (Sprinter 5.0) broke. Can someone help?

This should still work. I posted it for another member a while back.
Sprinter 5.iso
2006 Mercedes NAFTA 2500
140" hi roof ~200k miles
DAD
Bill's glow plug mod
My daughter's Pet Mobile
L

Indeed it does work. Thanks!

Roger and Andy (if he's reading this reply)-

Did you have your engine off (key on) when you ran this DAD test(Sikwan said his engine was off when he ran his first test in 2010-see above)...I know, it was 4 years ago but try to remember

since, as you know, I'm having a Start Error problem and I thought the DAD could only operate on a running engine. If it can, it might give me better idea of where my problem resides. ( see my thread posted August 20,2014 in the T1N Talk section under "Start Error"- all help appreciated.

So, since we are sharing how to get up to speed with the DAD units, how did you copy the Diagnosis.pda files so they
can be cut and pasted? Any suggested software converter programs that read .PDA files?

I have a couple of requests out to see if anyone has or can mfg. a duplex male to 2 female OBD2 adapter or cable so
I can keep my ScanGauge II hooked up at the same time I run the DAD Sprinter 5 software on my laptop.
Is this a good idea...... or not? Since both devices read the data from the port, it may be possible to read to both
at the same time, right?
Any ideas for this?
Roger
Click to expand...

dear2mhart said:
Does anyone know if dad will adjust my fedex vans top speed. 65 mph is a little slow for me.
Click to expand...

Sort of. If you change the size of the wheel/tire combo to the smallest size it will allow you, you can squeeze a few more MPH out of the governor. Search "new top speed" and you will find a post that explains exactly how to do it. I did it and I think I got a few more MPH out of it.
For a *real* fix, you can contact Green Diesel Engineering and they can change the top speed in the ECU.
Good luck!
Sprinter Mechanic
'04 long/tall Silver Passenger 156K (Totaled! 11/2018)
'06 long/tall White Passenger 180K
'06 medium/short Silver Passenger 265k
Joel Sell
For HELP, SERVICE and MORE
Visit: www.millionmilesprinter.com
Cooling System Kit: https://www.millionmilesprinter.com/product-page/van-life-cooling
Follow me on Instagram: https://www.instagram.com/million_mile_sprinter/
MMS YouTube Channel: https://www.youtube.com/channel/UCuq6-rm8DmQ8mWdgF1XpLhg
C

Does this offering from carsoft equal to dad and sprinter 5.0? will the interface work with 5.0?
http://www.carsoft.com/single-brand/carsoft-mercedes-v12-system.html

callmemac said:
Does this offering from carsoft equal to dad and sprinter 5.0? will the interface work with 5.0?
http://www.carsoft.com/single-brand/carsoft-mercedes-v12-system.html
Click to expand...

Yes, the CarSoft unit should be functionally equivalent to the DAD (the DAD unit is an earlier version of the CarSoft).

During a night of test DAD and a then-current CarSoft on two Sprinters, they were not able to be flipped back and forth totally successfully.
It was years ago that we did it, and the CarSoft was a USB unit instead of a serial Unit like the DAD, and the CarSoft USB driver didn't like my laptop.

At the least, if the CarSoft unit is a USB device (the "spec" page hints that it's serial... which is good) then you'd need the USB driver even if you're using DAD 5.0
The USB driver makes the CarSoft appear as a COM port on your PC, assign it a low (1 thru 4) number to let DAD 5.0 find it.

--dick
2005 T1N 118" Freightliner 2500 Passenger Wagon (2.7L, 15" tires, standard (short) roof)
Get YOUR Sprinter's full configuration datacard by entering your VIN to https://www.datamb.com/
http://diysprinter.co.uk/reference <-- lots of service documentation, Thanks to Jens Moller and Arnie_Oli
((as always: this post may go through a couple of post-posting edits... so maybe give it ten minutes before commenting))
T