I have the 2010 Passenger Sprinter, 144 WB and low roof. It comes with 3 rows of very heavy seats. It is extremely heavy to move in and out of the van. It requires 2 people to do this. You could do it with one person but you run the risk of scratching up the van. Also, getting in and out the van with such a heavy bench is problematic.

I ended up getting an engine crane/hoist from Harbor Freight ($210 item #69514). I used that to lift the bench in and out of the van. In fact, this can be done by a single person. There is no lifting any more. Just setting the straps (I used 2” tied downs) and hoist away.

Note about the crane: This crane is foldable. It takes up about 6 sq feet when folded. I got the 2 ton version as the fully extended arm is just long enough to get the 2nd and 3rd row. I didn’t experience any tipping when I was lifting the seat in and out. I don’t believe the 1 ton version would work as the extended arm is a bit shorter. Putting the crane together takes about an hour…

Note about the strap: I used a very heavy duty tied down to move the bench. I believe the brand is called “Keeper”. I thought about using a rope or smaller tied down but I didn’t want to take a chance of having the tied down break off. Also, with a tied down, I can make slight modification while in flight to shorten the length. With a rope you can’t do anything.

One thing I have to advise is that the length of the strap on the driver and passenger side will be slightly different for the 1st and 2nd row. On the 3rd row, they are the same.
I thought about using one long strap and loop it through both sides. However, my fear is that the hook could slide from side to side. And if the seat were to come crashing down hard on the concrete, it could either chip the concrete and/or bend something with the seat.

General steps for 1st and 2nd row
1. Remove center head rest
2. Set the straps and loop them together.
3. Make sure that when the loops are formed, there is just enough slack for the 2 loops to touch each other in the center of the bench (sideways and front & back). Note that if the loops are too long, there is a chance that the arm of the crane will hit the top of the door as you pull the bench out. For those with higher roofs, this may not be an issue.
4. Set some tension on the straps and the crane. Next, unlatch your bench. The seat should come right off.
5. Once you have identified where you want to set the bench, lower it slowly. You may need to rotate the bench so that the feet will rest on the ground and not on the crane.

General steps for the 3rd row
1. Remove both center headrests.
2. Remove the two 17mm bolts (and screw it back on so you know where to find them)
3. There is enough reach to grab the bench from behind (I don’t believe this will work with the longer wheelbase version).
4. The trick is to make sure the loop is formed centered (sideways and front and back). If it is too far towards the back, you may noticed that your bench will tip backwards and making it very difficult to remove

If you are pressed for time, manually removing it is still faster. However, this method allows for a one person operation.

Thanks for the photos.
do you miss not having armrests or cup holders on the benches?
K

I had thought of that when I ordered my crew van but instead of taking out the seats, I just use it for storage and shelf space. Now those seats have lots of stuff on the seats all buckled down safe and sound.

Nice. I built custom furniture dollies that the leg hooks into and then used a ramp to get it in and out. My way can be done by myself but is tough getting it on the Dollie. Your method is truly a 1 man job I like it.
Full time cargo part time camper.
My convertible Sprinter http://sprinter-source.com/forum/showthread.php?t=39367
2013 long tall convertible crew van used for work now
2016 Jayco Melbourne 24K Class C on 2015 Sprinter chassis

As to boom extension/length. Longer boom length increases leverage and decreases rated capacity. Given the relatively light loading of a seat it would be little problem to add a Unistrut or other extension to a lesser capacity engine crane to lift the furthest seat in. 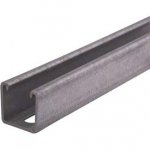 I don't know how much garage space and dollars can be saved. So a big FWIW.

vic
DAD NAS (N. Amer. Spec) 2004 140 2500 >343,000+ mi. Arctic Whitewash Brush-tone Grey
2006 Freightliner 140 2500HC >196,000+ mi. Arctic Whitewash (Spotted Snow Leopard accents)
"My opinion and worth everything you'll never pay for it." assumed.
Anyone can hold the helm when the sea is calm. Publilius Syrus
"There are only 10 types of people in the world: Those who understand binary, and those who don't." HaWiiLuVeR
16 ounces of unnecessary prevention can be worth a pound of manure.

Any additional boom extension that puts the pick point leverage in front of the hoists wheels will highly increase the likelyhood of tipping the crane over.

See me climb up and on to this huge mammal.... I'm going to ride it out of the room! It's plain to see .. How twisted peoples visions can and do distort "Fact" in to a Tangent rant of what they persuade as truth! ..chateau cardboard: With this courteous look into my reality it might bring light in this instance allowing a subjective check into your cuckoo illusion of Truth. -aboriginal Chuck. Benjemin Franklin "a man wrapped up in him self makes a very small bundle."

CJPJ said:
Any additional boom extension that puts the pick point leverage in front of the hoists wheels will highly increase the likelihood of tipping the crane over.

Good point. Maybe it is just worth trying if one already has a smaller unit on hand.

A couple old exercise weights could be added as counter balance if it is marginal.

vic
DAD NAS (N. Amer. Spec) 2004 140 2500 >343,000+ mi. Arctic Whitewash Brush-tone Grey
2006 Freightliner 140 2500HC >196,000+ mi. Arctic Whitewash (Spotted Snow Leopard accents)
"My opinion and worth everything you'll never pay for it." assumed.
Anyone can hold the helm when the sea is calm. Publilius Syrus
"There are only 10 types of people in the world: Those who understand binary, and those who don't." HaWiiLuVeR
16 ounces of unnecessary prevention can be worth a pound of manure.
You must log in or register to reply here.
Top Bottom