I've purchased but yet to receive a batch of LED lights. I've been warned that the imbalance in current/resistance may be detected by the OBC and cause dash error light. Any experiences?

The aim is to reduce battery load so that the starter and later camper batteries are not strained. 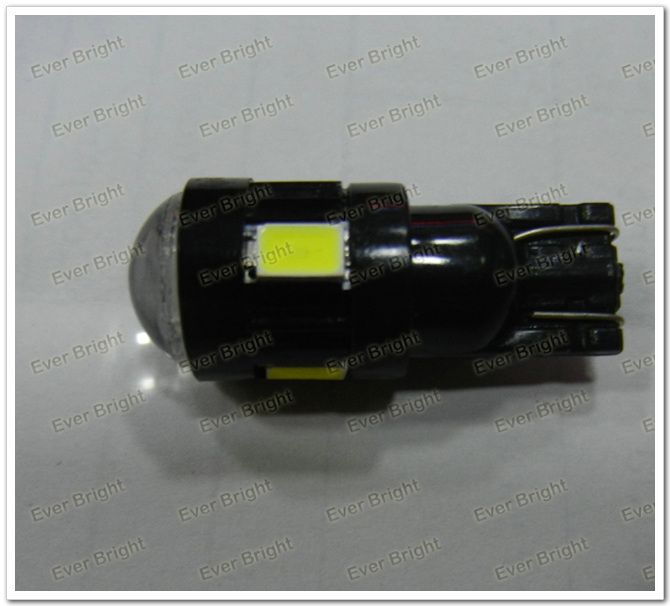 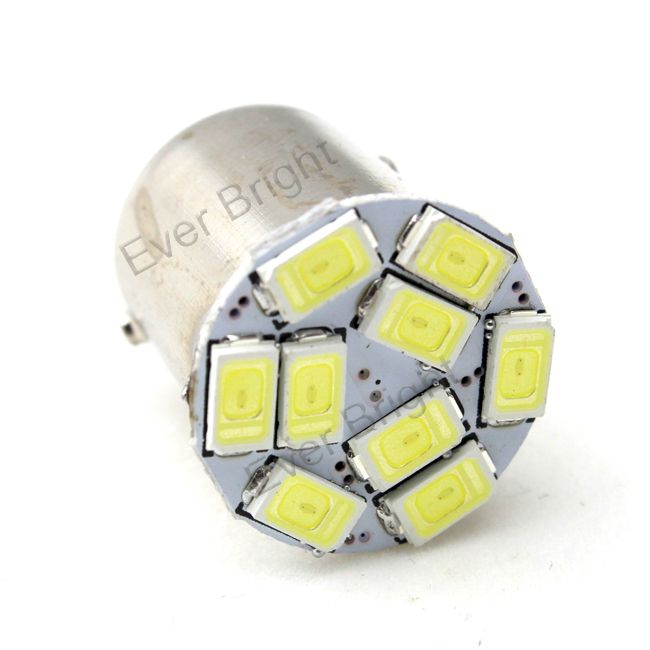 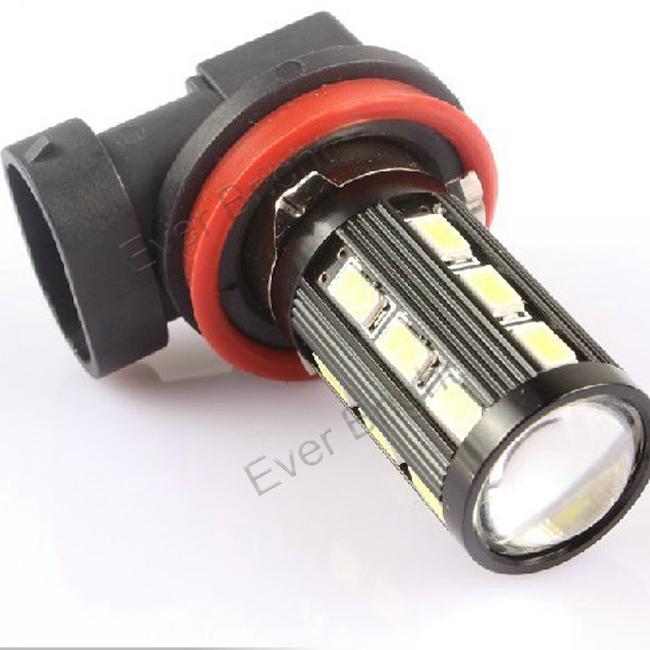 I hope to document the difference and will post videos if done.

I was a little edgy about replacing the turning lights and head-lights.

The P21W are BA15S mounts. For turning-lights you need to choose colour (amber/yellow) and the BAU15S mount. I'm replacing the globes in a 2007 Sprinter 315CDI. 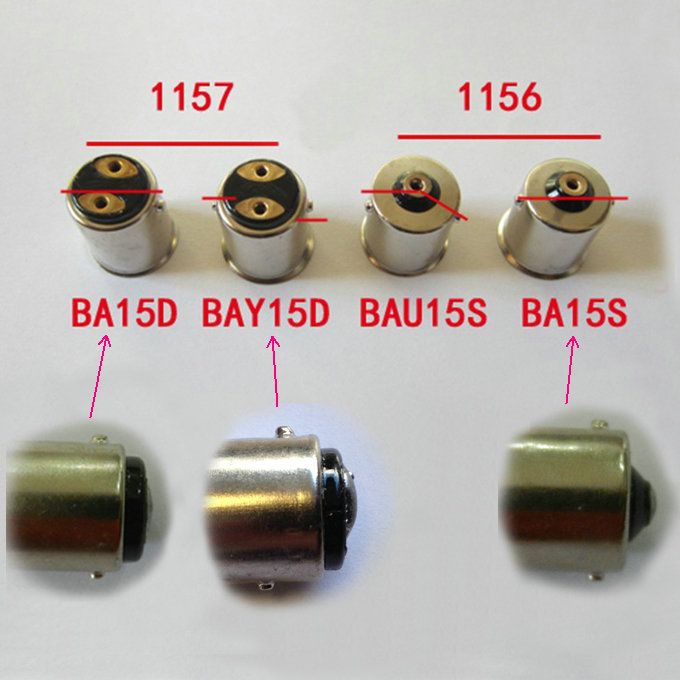 Checked the SMD sizes on the sides and some seem smaller than 5.7 x 3.0mm.

(Reading Lights On - Incandescent Vs LED)

(All Lights On - Incandescent Vs LED)

(Reading Lights vs All On)

Overall I don't think these LEDs are 5730 SMD as the lumens is not comparable to house based LED globes of similar lumens. Example 30 lumens per diode x 6 = 180 lumens for each unit, but strength is more in league of 80 lumens for the whole unit. The light given off is only slightly more than the incandescent globes. I'm yet to test the wattage used which I will do in the day time.
.
Last edited: Jun 26, 2014

Getting ready to purchase festoon globes in LED form.

Does anyone know the globe type of the orange side lights on a Sprinter 2007 series? The three per side orange section lights! 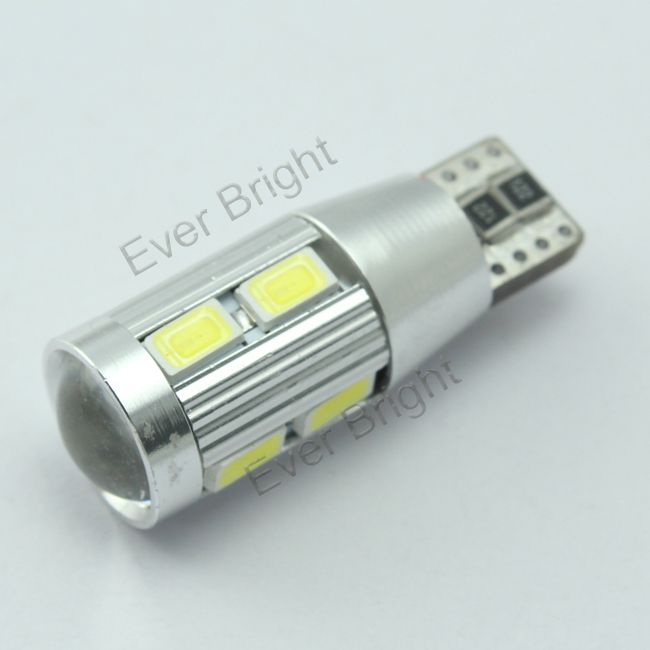 Once had I will change the LED units I have in the reading light hub with these brighter ones. The existing ones are fine but putting brighter ones will make it even better.
Last edited: Jun 27, 2014

Good work so far. I want to replace the tail lights in my T1N to LED. They are the combined 21/5W bulb that does the brake light as well. I only really want the tail light to be LED since they come on with the park lights. I've replaced all of the other park light bulbs with LED. But since the rear ones are the combined bulb, I guess I have to go LED for the brake light component as well. But...

I got a pair of LEDs that were sold as being 21W/5W with the correct offset bayonet fitting. But they only have one brightness level regardless of it being the 5W tail light circuit, or the 21W brake light circuit. Most annoying.

Are there any bulbs you could suggest that will do what I want? I just want a low setting for the 5W circuit, like it only lights a few of the LEDs for that circuit. Then lights them all for the brake light circuit.

I wrongly thought that calling a LED product as 21/5W compatible, and having the 2 individual pads on the base, it would act like a 21/5w bulb it replaces. But no, that would be too logical it seems.
Last edited: Jun 27, 2014

owner said:
I got a pair of LEDs that were sold as being 21W/5W with the correct offset bayonet fitting. But they only have one brightness level regardless of it being the 5W tail light circuit, or the 21W brake light circuit. Most annoying.

Are there any bulbs you could suggest that will do what I want? I just want a low setting for the 5W circuit, like it only lights a few of the LEDs for that circuit. Then lights them all for the brake light circuit.
Click to expand...

Not as yet. It sounds like you need a custom job. I can see why you have left them to last.

If you can get a reference code or something then a web search may get you a find.

I've got a 2007 sprinter so my series is different to yours, going by your avatar. It wont be long till I start work on my tail light area. The vehicle I purchased has some hacks and cut outs so I may try to get a replacement. The manual says the globes are W5W/T10's for my case. I'm also planning on using a glue gun to goop up the LED-unit to stop water getting in if I can't get the protector plates which are missing on mine.

'owner' if you can get a snap of the globe I maybe able to do the ground work for you.

I just assumed the whole point of having offset pins, dual contacts, and calling it 21/5W was due to it having the above config lol. I think I've found some on eBay now searching specifically for dual brightness. They are a bit pricey though, and I've lost all confidence now given that they can happily sell the above as a single output led against all logic.

owner said:
I just assumed the whole point of having offset pins, dual contacts, and calling it 21/5W was due to it having the above config lol. I think I've found some on eBay now searching specifically for dual brightness. They are a bit pricey though, and I've lost all confidence now given that they can happily sell the above as a single output led against all logic.
Click to expand...

If you were willing to do a custom job you could put a resistor on the 5V line so that the LED dims when that is only on. The other alternative is to wire off two LED lights and glue gun then to a bayonet.

It probably wouldn't hurt to just keep the incandescent globe if you're not concerned with the light spectrum difference. The alternator has plenty of juice as you know to supply the older globes. Usually we only use these lights when driving.
Last edited: Jun 28, 2014

e8hffff said:
...[snip]...Usually we only use these lights when driving.
Click to expand...

The plot thickens... I tested these BAY15D twin contact bulbs on the bench, and it seems to be a quality control issue. One of the bulbs works as I expected, drawing 5.5W on one of the contacts for a bright light. And the other contact draws 0.1W for a dull light. Copying the output of the 21/5W combined brake/tail invandescent light bulb.

But the other bulb (the only one I tried in the van) draws 2.8W on each contact with the same brightness. So its a faulty bulb.

Usually LED SMD chips are pretty resilient. What goes is the driver components, like induction coils to drop or heighten the voltage. Also LED are diodes (light emitting diode) so they most likely have a polarity. Check if the wiring is correct if you can access the circuit in the bayonet.

T10's/W5W LED replaced in side cruise lights. Bit hard to see the quality and colour temperature. I'm quiet happy though with the change.

Now getting a bulb warning light

So far I'm saving 200+watts@12v with the LED lights in the over head lighting panel, the side cruise lights and the brake and tail lamps. Yet to change the turning lights and any in front sections.

Should I be worried with the bulb warning?

Comparing the 6 SMD vs 10 SMD, 5070's
The 10 SMD component uses a circuit board as the connector to the T10 socket. In this case the board was thick and a very tight fit so be cautious. I decided to bevel off the ends so there was no catching of the plates when inserting the LED's.

e8hffff said:
Should I be worried with the bulb warning?
Click to expand...

It would get on my nerves, but probably there is no real consequence as to what you've done so far.

Changing the turn signal lamps will be a problem because the system will probably see the low current draw as a lamp failure and enable the quick flash lamp out mode.

vic
DAD NAS (N. Amer. Spec) 2004 140 2500 >337,000+ mi. Arctic Whitewash Brush-tone Grey
2006 Freightliner 140 2500HC >187,000+ mi. Arctic Whitewash (Spotted Snow Leopard accents)
"My opinion and worth everything you'll never pay for it." assumed.
Anyone can hold the helm when the sea is calm. Publilius Syrus
"There are only 10 types of people in the world: Those who understand binary, and those who don't." HaWiiLuVeR
16 ounces of unnecessary prevention can be worth a pound of manure.

The plan is to reduce power needs on the alternator, so that what's left over can charge an isolated battery array when driving. I also plan to have two or three 250watt solar panels on the roof for day charging of that separate array of storage.

I will be running a 12v 65watt-peak Intel NUC mini barebones computer pretty much constantly. Then there's a 240v inverter running a LCD monitor, and other power uses. I'm gearing for most things on 12v. I may need to use power tools at times too.

You're looking at $400-500US for a 220 Amp alternator, and probably hundreds more to get more grunt if that's available, so spending $30 on LED's is cost effective. I've already freed up 16amps|200watts during night driving and there's more to be had when I change over other lights.

I haven't yet done the turning lights as the color isn't available. I'm going to cut discs from old amber light covers and melt them flat and super glue them to the LED-PY21W's I got.

I'm yet to know the real power use since it's a project in the making. I just hope the changes are positive.

I also prefer the LED longevity and added visibility to other drivers, reducing crashes. It also makes the van appear more later model since new vehicles are mainly LED based.


Aqua Puttana said:
It would get on my nerves, but probably there is no real consequence as to what you've done so far.
Click to expand...

The lamp-warning doesn't flash or make sounds. It just stays on.

It would be nice if Mercedes did a bios update on the on-board computer and allowed for a LED mode.

The concern I had was if it produced a canbus error or other status, and the logs fill up. That would be stupid on Mercedes part as there shouldn't be double-jeopardy principles on something like light warnings as that could block out more important component error.

The modern sprinters draw a lot of power. I used to get the dash console drop in brightness when turn on lights, now I don't get that.